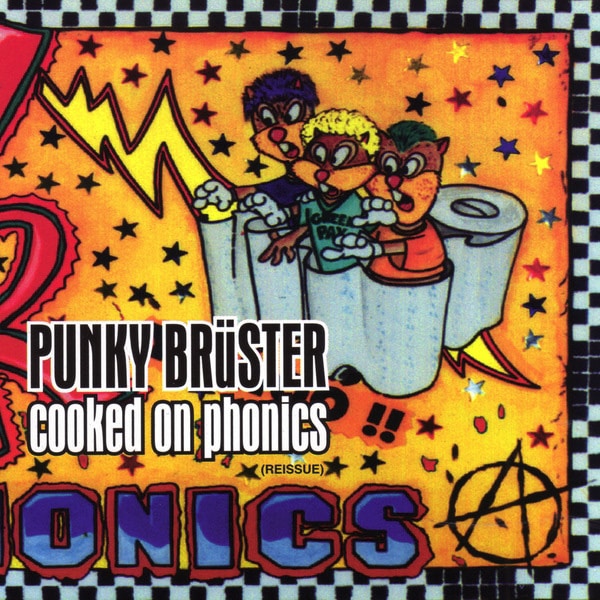 This album started as a piss-take on the whole Green Day, Rancid era of ‘pop-punk’ that was popular at this time. It began as a joke between myself and Kev from Lawnmower Deth, (who was teching for The Wildhearts then) and began with the song ‘Fake Punk’. When I got back to Vancouver, I jammed it out with Adrian, who contributed some cool lyrical ideas and voices… (of which he was never properly credited for…if it gets re-released he will be). Squid also played bass on a few songs and it took essentially a week in a friend’s basement to record. At one point, Century Media wanted to release it, but that fell through and we’ve only released it on the web. There’s talk of making it public at which point we will revisit the art etc. I mixed it with Blair Calibaba at Mushroom studios.

Adrian at this point had joined Frontline Assembly and went on tour, so I enlisted my friend Bob Wagner to finish the drums. Fun record, the first ‘concept album’ I suppose I made (about a fictional metal band that changes their direction to make money). Was a spur of the moment idea that ended up being completed…(a trait of mine I admit I’m rather proud of).