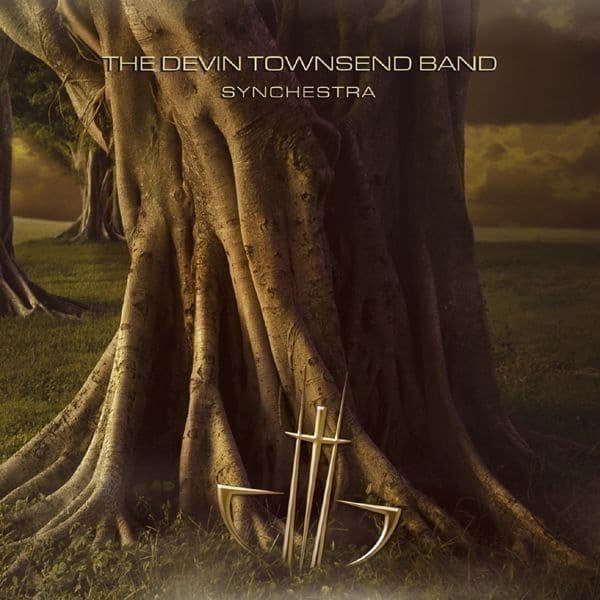 This one was written in tandem with Alien, as almost a direct response. The original ideas for some of the songs are decades old. (I remember writing the midsection of ‘Triumph’ when I was 15 and working at a sheet metal fabrication shop. The humming of the brake press ‘wrote’ that bit actually)… Anyways, because City was so hostile, I felt I needed to counteract that sentiment with some humanity. Synchestra was written as almost entirely one piece, and it was recorded in a completely piece-meal fashion. We tracked the drums at a big studio after we had demoed the whole record in the Jamspot, but from there, it became my first real ‘engineer’ recording I had done. No additional engineers, so it was trial and error on my part. I wanted to learn how to mix so I could get away from relying on other people that ultimately I ended up consistently dissatisfied with. Beav (Brian Waddell) at this time played guitar and Dave was on keys, and much of it was done in my basement. Steve Vai contributed a solo to ‘Triumph’ and overall, I was really happy with this record. I mixed it over 24 hours at a nice studio, and the mix as a result was pretty rushed and the frequencies are often wrong to my ears. This is one of a few records I recorded on a Digidesign 02, (which I think was a little gross in terms of fidelity), but ultimately, I just hadn’t really ‘figured it out’ yet in terms of compression and eq. The record is fairly ‘sunny’ and counteracts Alien in a lot of ways, yet it was still pretty out-there and in hindsight, I find myself forgetting about this record a fair bit. We took the album footage at the Bloedel garden conservatory in Vancouver (which I’ve always loved, and in itself is a single organism) and the name ‘Synchestra’ came from an old meditation tape I used to listen to. The idea behind Synchestra is that the whole world is a single entity and we are all elements of that.