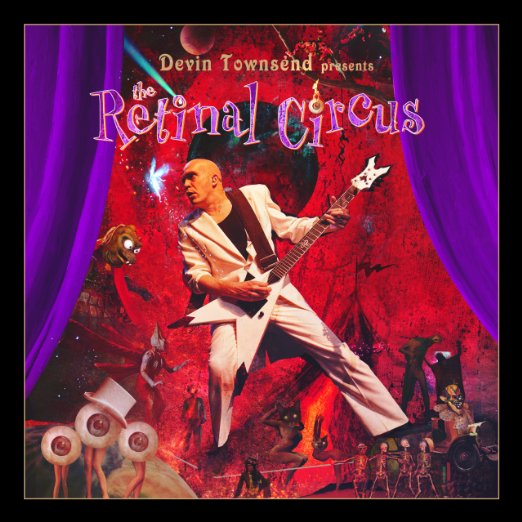 Retinal Circus was recorded at the Roundhouse, London, on October 27, 2012, when Townsend performed a special one-night-only concert celebrating and covering his 20-year musical career. The concert lasted approximately three hours, and it was divided into two parts, with an intermission in between The band consisted of the same personnel as the recent years’ Devin Townsend Project line-up, and the special guests were Anneke van Giersbergen and Jed Simon, with Steve Vai hosting the show via pre-recorded video projected onto screens. The setlist was focused heavily on material from Epicloud and a few other albums from Townsend’s catalog. Townsend also performed two Strapping Young Lad songs.